3D software such as Blender has a large number of keyboard shortcuts that are spread across the entire keyboard. 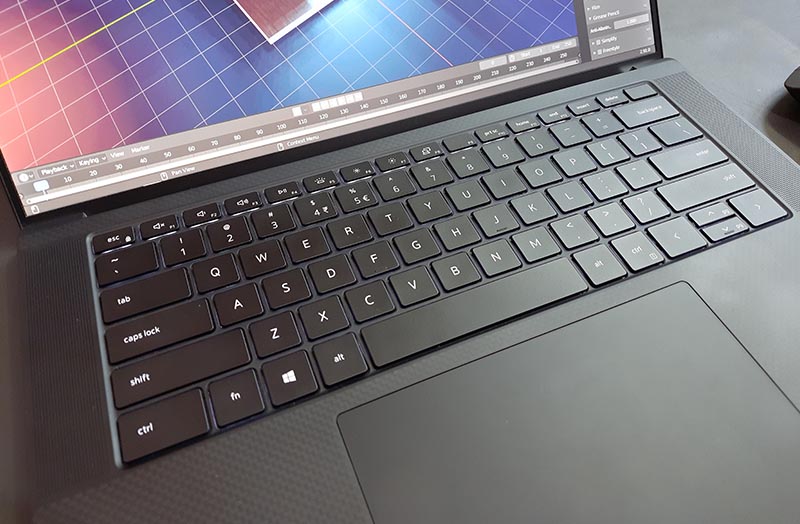 A number of popular laptops in the market such as Apple Macbook Pro, RazorBlade, Dell XPS, Microsoft Surface devices, and many more – do not come with Numpad on their keyboards.

Now not having a Numpad is perfectly fine for normal day to day usage. But when it comes to using Blender, you are definitely gonna miss those handy Numpad hotkeys.

The Numpad hotkeys in Blender allows you to quickly switch to different views on the viewport (front, back, top, bottom, left, and right) – which is super helpful when lining up objects during 3D modeling.

Other than that you also lose the shortcut operations to “view through the active camera” (Numpad 0) and “frame selected objects” (Numpad .).

If you have a laptop whose keyboard does not come with a Number Pad and you are looking for a solution to get back those missing Blender’s Numpad Hotkeys, you have come to the right place.

In this article, we will give you not one, not two, but a total of 8 solutions that allows you to use Blender’s Numpad shortcuts.

In addition to that, we will also be discussing the advantages and disadvantages of each of those solutions. So that you can know which is the best solution for you right away.

These solutions are also applicable to artists who use tenkeyless compact keyboards.

What are the default Numpad shortcuts in Blender?

Before we discuss Numpad Hotkeys alternatives, let’s have a look at the default Numpad Shortcuts in Blender. 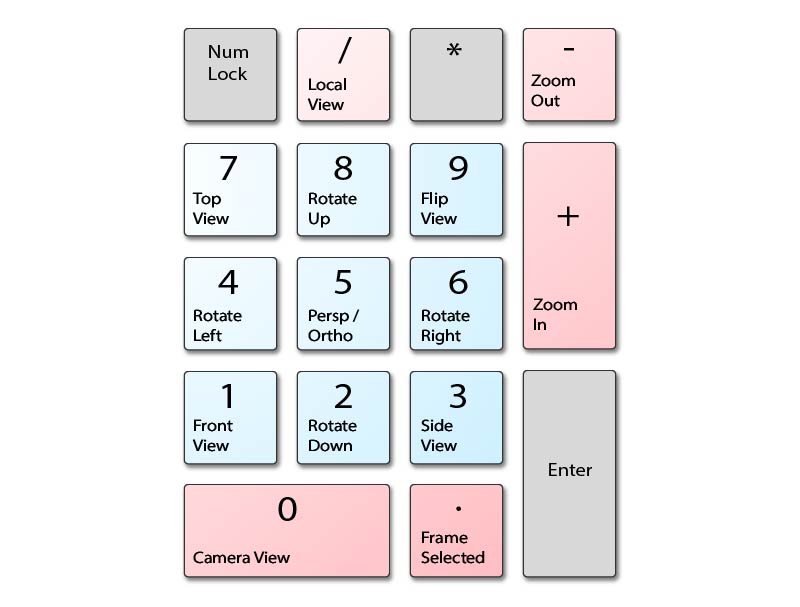 Numpad emulation is Blender’s default solution to no Numpad keyboards.

When emulate Numpad is turned on the Blender treats the normal number keys on your keyboard as the Numpad.

All the buttons from 1 to 9 and 0 are treated as the buttons of the Numpad and assigned their appropriate shortcodes accordingly.

As far as the rest of the buttons are concerned the backslash button (above enter and below backspace) becomes the local view, and “the plus” and “the minus” buttons next to “0” on the number row works as the zoom in and out button.

How to Enable Numpad Emulation? 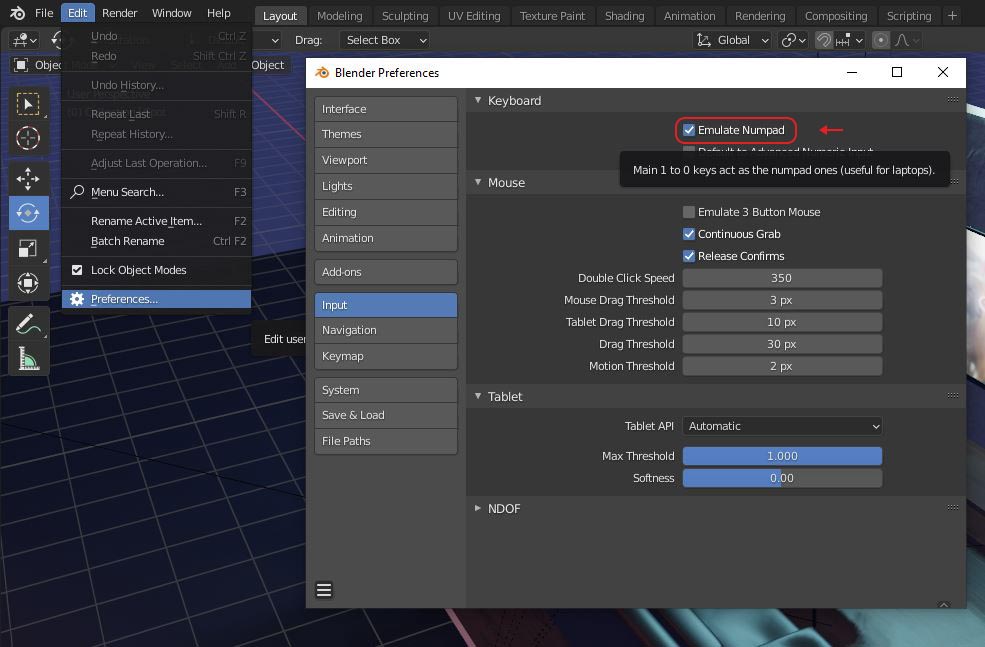 Shortcomings of the Emulated Numpad for Blender

The first shortcoming of the Emulated Numpad option is – there is no replacement for the [Numpad .] button which is used for framing the selected objects to the center of the screen.

The second shortcoming is – when number rows are replaced by the functionality of the Numpad, the default shortcuts get removed.

For example, the “ctrl + 1” hotkey for the sub-division surface stops working.  Also the “shift + 1” for hiding objects in the viewport also no longer works.

Almost all the hotkeys on the Numpad can be found within the view menu of the blender. 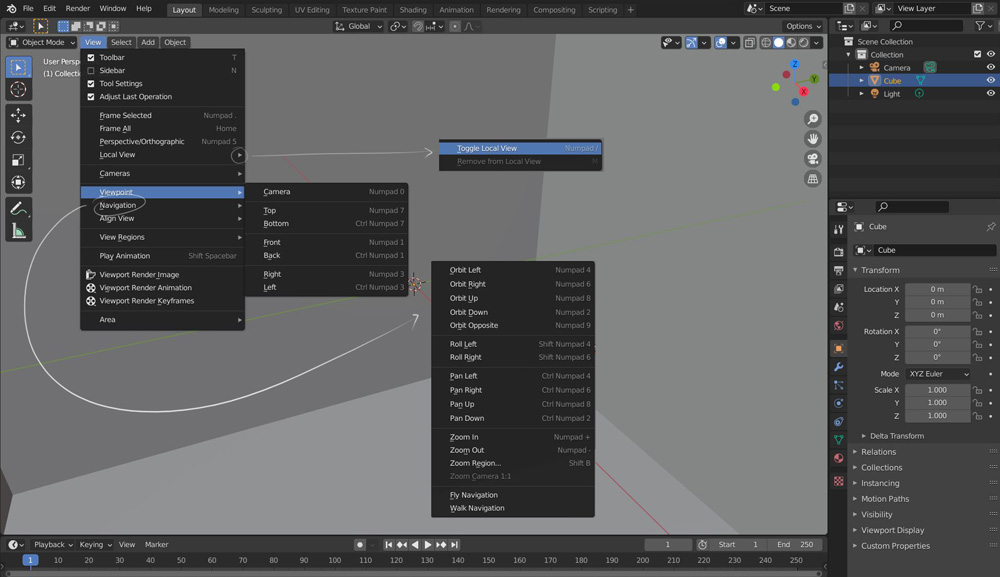 If you are someone who does not do a lot of modeling and just need those shortcuts only once in a while, this is a good option to consider.

This is probably the best solution out of all the three we have mentioned so far.

Using the pie menu is a quick method of accessing the Numpad hotkeys and unlike Numpad emulation, it does not mess with the default shortcuts.

For accessing that pie menu you need to press the backtick (`), which is located above the tab button on the left-hand side of your keyboard.

The main disadvantage of Blender pie menus is – you may be getting all the important and frequently used hotkeys but you won’t get access to the top, bottom, left, right rotation buttons, and ortho buttons.

But that is not really a big deal – as these hotkeys are not that important. And in case if you want to access them you can always head over to the aforementioned view menu.

Remapping hotkeys is another great way of getting easy access to your Numpad hotkeys.

With this method, you can replace some of your least used hotkeys with Numpad hotkeys. You can also program key combinations using shift, ctrl, and alt buttons.

How to remap shortcut buttons in Blender?

Scrolling down within the 3D view you will find options to change all the default Numpad buttons.

Disadvantages of remapping hotkeys in Blender

The main issue with this method is, there are not many free buttons available on compact keyboards to fit in all the buttons of the Numpad.

Moreover, all the combination buttons (shift, ctrl, and alt) already have other important functions assigned to them, so you will have to really dig in to find free spots.

And even if you manage to set custom shortcuts for all the buttons no the Numpad, you will still need some time to get accustomed to them.

In case you are wondering, all the custom hotkey settings that you make can be again switched back to the default layout if you want to. 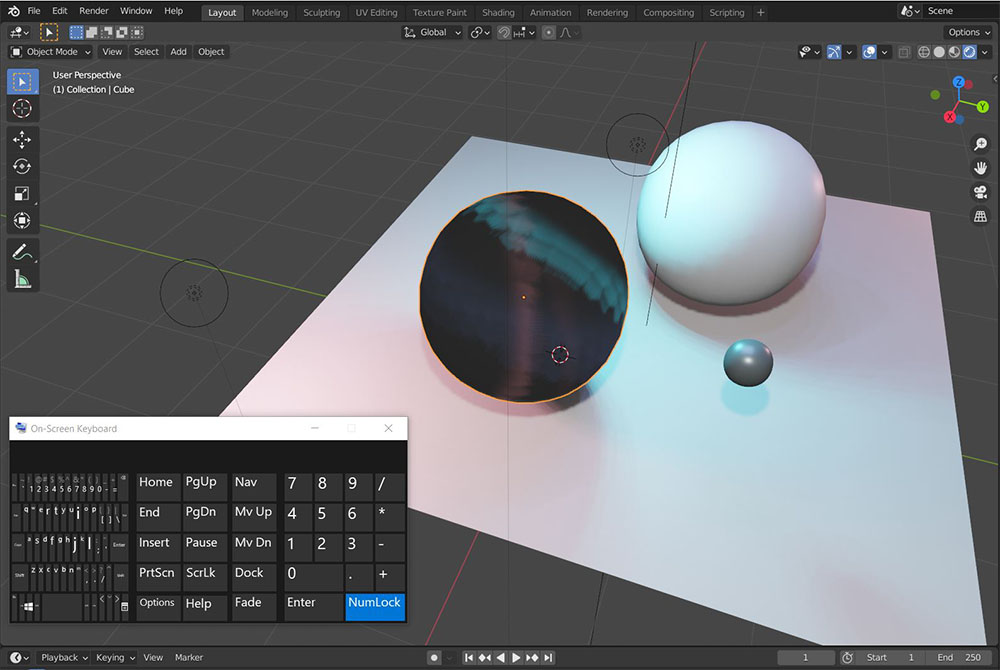 Windows, as well as Apple Mac devices, have an inbuilt on-screen keyboard which can be used as a normal keyboard.

With that said the default on-screen keyboard on both Mac and Windows only shoes the typing section of the keyboard with no Numpad.

The good news is – you can enable Numpad on your on-screen keyboard by going through the system settings.

Next click on the (Option Button) (a new dialog box will open), now click the checkbox that says “Turn on Numeric Key Pad”.

The numeric Key Pad will appear on the on-screen keypad. Now you can resize the keyboard so that only Numpad is visible and position it towards the edge screen of the blender as shown in the image below.

Check out his quick video on how to enable a virtual keyboard on Mac devices.

Disadvantages of a virtual keyboard

The main disadvantage of a virtual keyboard is – it permanently occupies a certain screen space on your screen.

Another issue with these default on-screen keyboards is, there is no option to display just the Numpad section and hide the rest of the keys.

This solution is ideal if you have a multi-monitor setup, where you can place the keyboard on your secondary screen.

As we just learned that the default on-screen virtual keyboard does not allow you to show only the NumPad keys, it displays the whole keyboard instead.

But there are a number of other third-party software that only displays the Numpad section of the keyboard as a virtual Numpad.

The Numpad emulator is one of the most popular choices but there are many other virtual Numpad software that does the same job.

7. Using your smartphone as Numpad 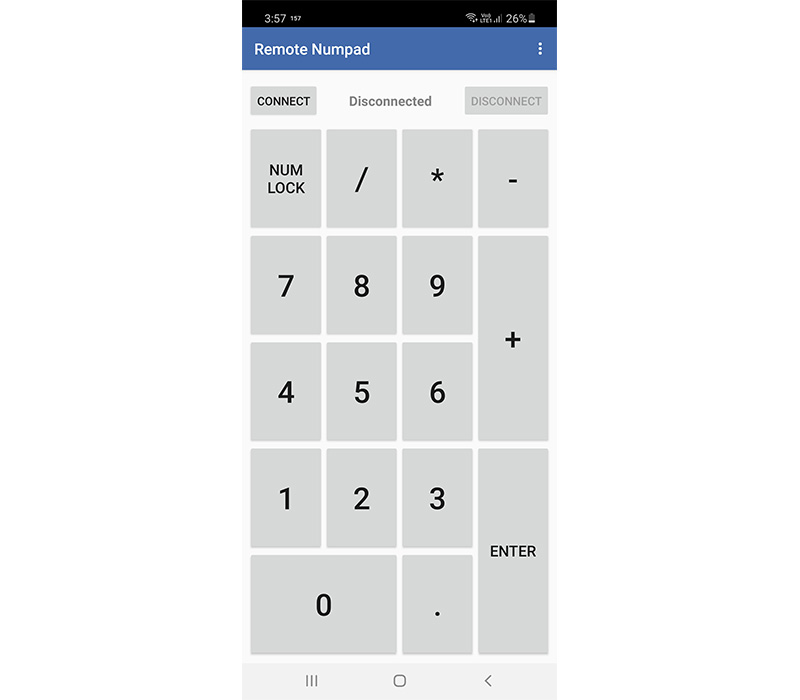 All the virtual Numpads have one common issue that they occupy some screen real estate. When working with software like Blender, which has buttons and menus all around the screen it can be difficult and redundant to reposition the virtual Numpad all the time.

Using a Numpad on your smartphone that syncs with your computer can give you the benefits of a Numpad, without blocking your screen space. 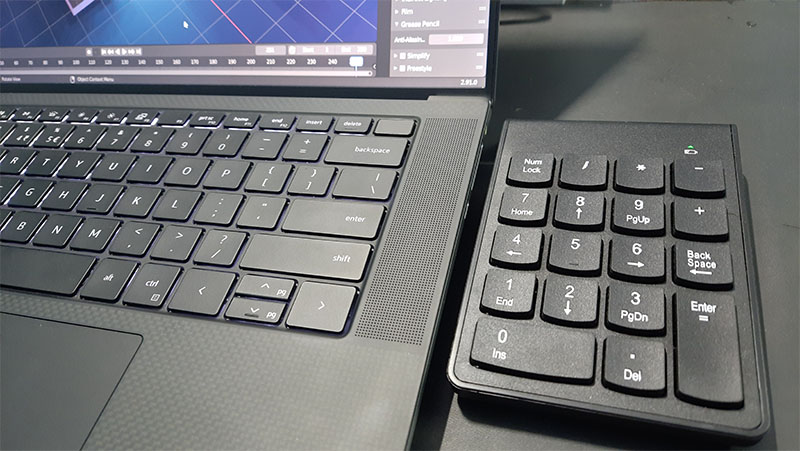 This is probably the best solution out of everything that we have mentioned so far.

When your laptop does not have a Numpad, why not get a physical Numpad.

These external Numpads are compact and connect to your laptop wirelessly. Using them you don’t need to worry about remembering new hotkeys or making changes to the default hotkey layout in a blender.

This is easy to carry and you can simply disconnect them if you don’t need them.

Probably the best part about these wireless Numpads is – this is a simple, straightforward, and very functional solution.

The Numpad is available in multiple designs, materials, and color options and you can match them to the color of your laptop, plus they are not that expensive.