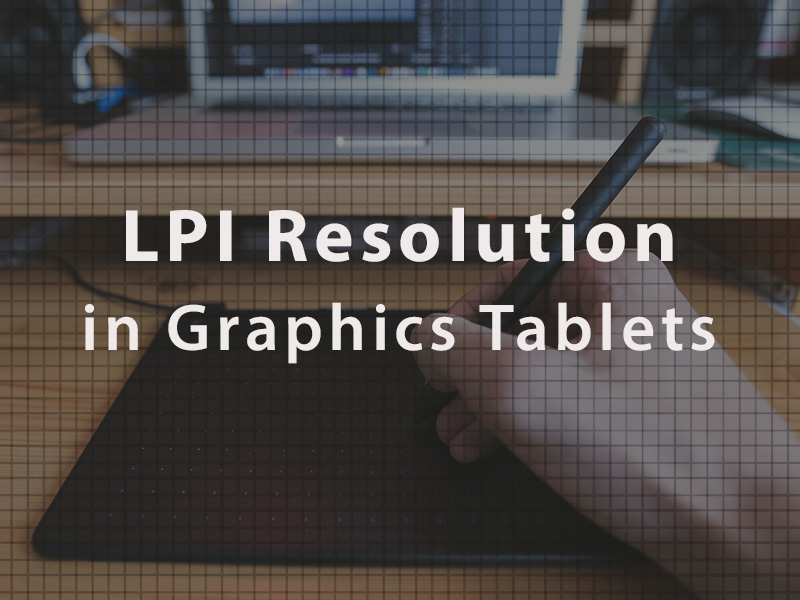 If you are a digital artist or someone who uses a pen tablet you might have noticed the words LPI resolution mentioned on the spec sheet of the tablet.

At present – most of the modern pen tables in the market come with adequately high (5000 and above) LPI resolution.

Since everyone has it – LPI is likely not the main differentiating factor when selecting a pen tablet. But it is still a good idea to know what LPI means and how it affects the performance of your drawing tablet.

Originally LPI was used to describe the printing resolution in printers and later this term was adopted to demonstrate the pen detection/tracking capabilities in pen tablets.

What is LPI resolution in pen tablets and Why it is important?

LPI stands for “lines per inch” which is a measure of how many distinct lines a tablet can detect within an inch.

And like most other things, when it comes to LPI – higher is better. A higher LPI results in better accuracy in pen tracking.

A drawing tablet has a grid of detecting wires running beneath the surface of the tablet which are responsible for detecting the location of the stylus. 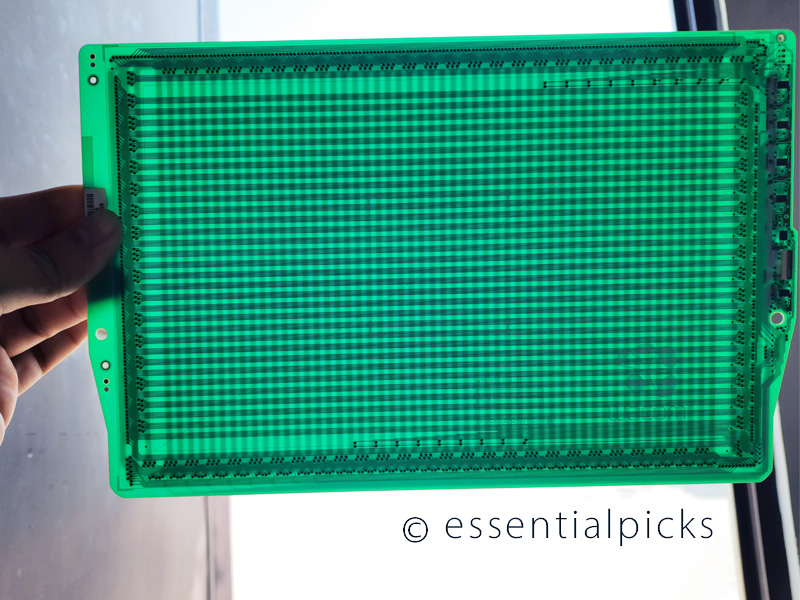 Most of the tablets in the market have an LPI resolution of 5080. This means the tablet can detect up to five thousand eighty unique points (or lines) within an inch of distance which is incredibly accurate.

Contrary to what people may believe, a higher LPI (line per inch) of 5080 does not mean there are 5080 individual strands of detection wires present within an inch.

If you disassemble a drawing tablet you would actually find that there are just a handful of detecting wires in a given area.

So how does the tablet is able to detect over five thousand unique lines by using just a handful of detection wires? Let’s find out.

How can drawing tablets have high LPI resolution with just a handful of detecting wires per inch?

If you read out article on how drawing tablets work, you will get a full breakdown of how different components of a (Wacom/most) drawing tablet work.

But for this article, let’s directly cut to the chase.

The stylus emits electromagnetic waves which are picked up by the wire mesh located beneath the tablet surface. The received signal is then processed and used to find the exact position of the stylus. 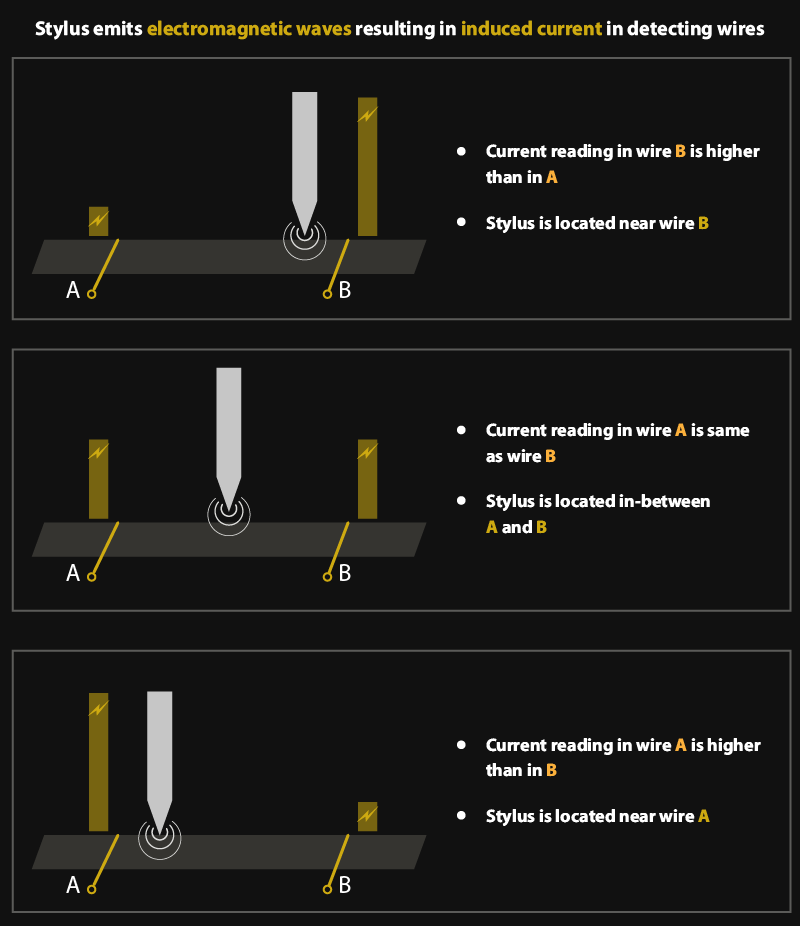 So, by measuring the difference between the induced current in the wires, the tablet determines the location of the stylus.

In this example, the wires can measure the pen movement in the left-right direction. But the pen can also move up and down, so how do we measure that?

Well, if you put another set of parallel wires this time in the horizontal direction, the device can now measure pen movement in up and down directions. 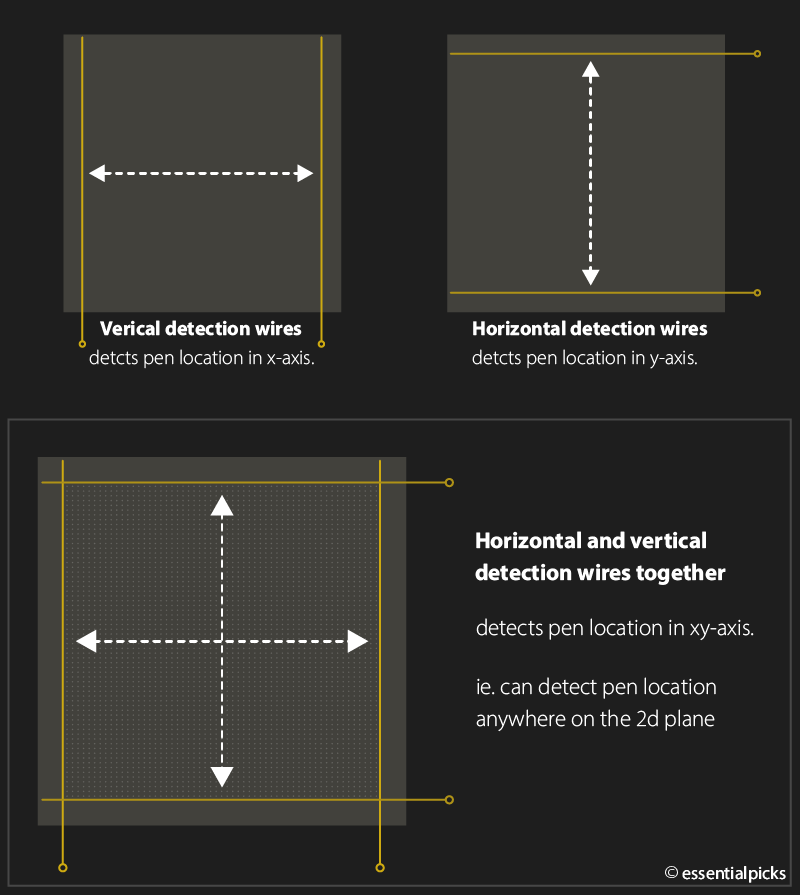 A drawing tablet uses these two sets of parallel wires placed horizontally and vertically which forms a grid pattern.

This results in the tablet detecting the stylus location in all directions (up down left right).

Here is the image of the PCB board of a Wacom pen tablet showing parallel detecting wires placed in the horizontal and vertical directions making a grid.

What affects the LPI resolution?

So far we have seen how detecting wires form a grid and are able to detect the location of the stylus. But what affects the precision of the detection system?

The precision and sensitivity of the electronics system used in a pen tablet have a decisive effect on the LPI capabilities of the device.

With greater precision in electronics systems, the tablet is able to detect even minor changes in induced current in the detecting wires. Allowing them to register minor pen movements.

So overall,  the LPI resolution of a tablet depends on both the density of detecting wires as well as the sensitivity of the electronics system.

Each detection wire has an ideal detection range. More wires help up until it reaches an ideal range. After that – adding more wire is kind of like using a gas lighter on a fire that is already burning.

PPI Resolution vs LPI resolution in a drawing tablet

A drawing tablet may have a PPI as well as LPI resolution.

The PPI resolution stands for pixels per inch which is used to represent the sharpness of a display used in display-based drawing tables.

A tablet with a higher resolution and smaller display size will have a higher PPI count and the images will look sharper.

The LPI (lines per inch) resolution on the other hand represents the accuracy of the pen detection system. If a pen has 5080 LPI, it means the tablet is capable enough to detect up to 5080 unique points/lines within an inch.

How drawing tablets work
How does a capacitive stylus work

Tilt sensitivity and rotation in Stylus: Do you really need it?

Comparison: Wacom Cintiq vs Cintiq Pro (Which is Better?)