Getting a drawing tablet is one of the major investment for digital artists. Whether you are looking to get your first tablet or thinking about upgrading your old tablet which does not work anymore. This article will give you all the information you need.

Working with a mouse can be tedious especially for big, time-consuming projects. If you are someone who has to often work on photo-editing, digital painting, and similar projects, you should get a drawing tablet.

Main features to look for in a Tablet

Which size Drawing Tablet should you Buy?

When talking about drawing tablets, larger is not always better. The general rule is if your monitor is less than 13 inches than you should choose a small-sized drawing tablet. 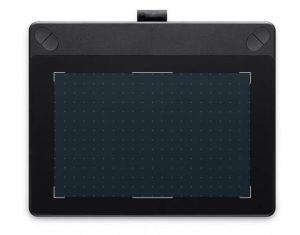 Out of the whole drawing surface, only certain area of the tablet can be actively used for drawing purposes.

The usable area on a tablet on which drawing is possible is called the active drawing area.

A shortcut button is the customizable buttons on the surface of the drawing tablet which can be reprogrammed for doing a specific task.

Ideally, there can be 4 to 12 buttons on a tablet and it depends on you, what you want and how much you will use them.

Some artist prefers to use keyboard shortcut buttons instead of the buttons on the tablet.

Some tablets also have an additional touch-enabled ring which enable better scrolling zoom and rotation.

Which Stylus is Better?

A stylus is one of the main components of a drawing tablet. Typically they come with two or three buttons on-board. There is two kinds of stylus, one with battery and the other without battery.

The Battery-powered stylus has a battery inside and comes with a rechargeable and non-rechargeable variants.
The battery-less styluses have no inbuilt battery and work on the principle of electromagnetic induction and take it’s power from the tablet, wirelessly.

The battery-powered stylus is heavier and requires recharging or changing the battery from time to time. Whereas the battery-less stylus is lighter and doesn’t need any maintenance.

Overall both of them work equally well but battery-less styluses are more reliable and should be preferred.

What is Pen Pressure Sensitivity? 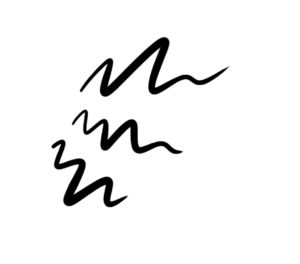 Pen Pressure sensitivity is the ability to draw thick and thin lines or dark and lighter shades of the line by applying more pressure on the Drawing tablet.

The touch-enabled surface allows the user to use the tablet as a big mouse pad.

It also allows to perform functions like zoom, tilt, rotate, pan and various other touch gestures within the software which makes the overall experience much more pleasing and fast.

But not all the tablets come with touch surface especially at the lower price range Wacom is the only tablet which has this feature.

Some other tablets like Xp-Pen come with a control ring which allows doing some basic functions like rotate, zoom, etc. which is super convenient. 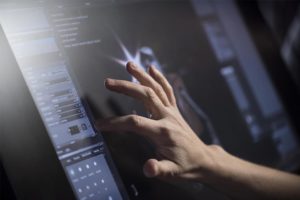 Drawing Tablets with touch capabilities are very helpful. They make simple tasks such as zoom, rotate, pan, scroll super convenient. The lower price tablets don’t come with the touch capability but mid-range tablets have them.

Other than these basic features there are other things which should be considered while getting a drawing tablet.
Many drawing tablets come with the paper-like surface. It makes the drawing process more natural and pleasing.

Some of the drawing tablets have a bugged software which crashes and gets stuck in between. Some also have problems during installation. But with a reliable brand like Wacommost of the problem is eliminated.

That is why they are the most preferred brand. They have the most updated software and excellent customer support. The only problem is their tablet costs more than other companies.

Some other companies like Huion and Xp-pen are providing similar quality but at lower prices. 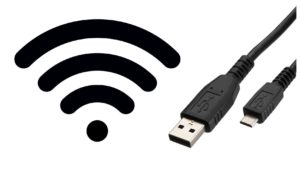 The lower-cost tablets come with a USB cable for connecting to the computer. As you go in the higher price range you will have the option to connect it wirelessly via Bluetooth with the help of the Bluetooth receiver.

Some companies like Wacom give wireless connectivity in the lower price models also but the wireless kit needs to be purchased separately.

In real-world usage, it will not affect your tablet’s performance in any way and it is more kind of personal preference.

Should You Buy a wireless Drawing Pad?

Wireless drawing tablet generally comes with a USB wireless receiver. It gives an overall great experience as it makes the desk wire-free and it gives a good range which enables the user to leave their working desk.

Some Graphics tablets, especially at the lower cost, doesn’t have this feature but some do.

Out of those which have wireless support some tablets like that of Wacom support wireless operation but the wireless kit (battery + receiver) has to be purchased separately, but other companies like Xp-pen star 06 comes with wireless kit pre-included in the box.

This brings us to the question, Is it really a big deal?

The answer is ‘NO’. Wireless support basically makes the device wireless which in my personal opinion is not that big of a deal. And the wired tablets come with long enough wire which is sufficient enough for most of the people in most of the cases.

So if your selected tablet comes with wireless support than it’s good otherwise it is not that big of the deal. 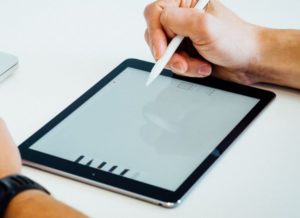 The drawing tablet with screen comes with basically two resolution 720p and 1080p. As in every other display higher, the resolution better would be the viewing experience.