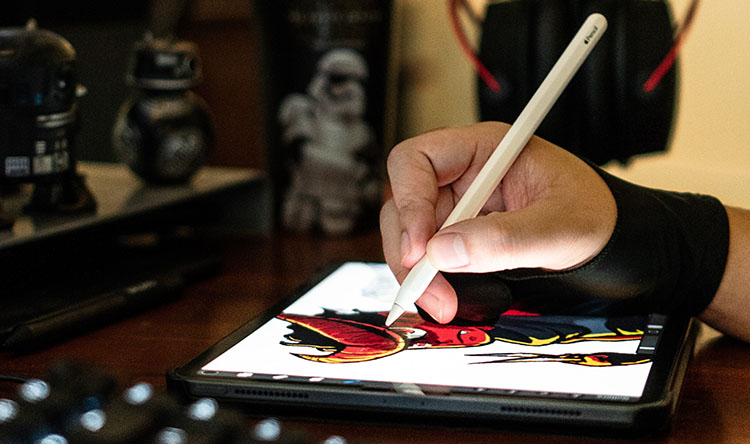 If you are searching for a digital drawing/writing device you must have come across Apple Pencil and Samsung S-Pen.

These two are some of the best digital pens in the market with best in class pen tracking and super-fast response times.

So which stylus provides a superior drawing and writing performance? Which of the two styluses are a better fit for your usage? that is what we will find in this Apple Pencil vs S Pen comparison.

The second Gen. Apple Pencil is a more advanced version and comes with features like with better speed, touch button as well as wireless charging. It is compatible with top-end Apple tablets such as the 11 and 12.9 inch iPad Pro.

Comparing the raw drawing and writing performance, there is not that big of a difference between pen tracking, pressure, and tilt sensitivity.

So you can say even the Apple Pencil one has a very satisfying pen experience, with that said the increase in response time, touch button, and wireless charging the better integration with the iPad Pro is definitely worth the upgrade.

Talking of S Pens, there are so many different variants of the Samsung S Pen that it makes no sense to count them all.

From the last few years, Samsung has been constantly improving its S Pen. But until now they have not been able to match the speed and performance offered by Apple Pencil. But that changed with the release of the new S Pen that comes with the Samsung Galaxy Tab S7+.

With the basic intro out of the way lets dig into the details and find out which is a better stylus.

Traditionally the Apple Pencil resembles a real pencil and the S Pen has a form factor similar to a generic ballpoint pen.

But the new S Pen and the Apple Pencil are very similar to each other in overall shape, size as well as weight. Both the stylus has a cylindrical body with a flat face.

This flat face is used for magnetically sticking the stylus to the tablet where they charge wirelessly.

The Apple Pencil is slightly textured with a soft touch body. The S Pen on the other hand is much smooth to hold.

Overall the Apple Pencil has a more solid in-hand feel in spite of both the stylus being made of plastic. The S Pen does not feel bad either, comparing the S Pen to their older designs and models and the newer pen feels more premium and better constructed.

The increase in the thickness of the strokes depending on the applied pressure on the stylus is called pressure sensitivity.

It makes your handwriting and sketches look more natural and true to life. Both Apple Pencil and S Pen have equally good pressure sensitivity.

Tilt Sensitivity – Tilt sensitivity is primarily used for shading by tilting the stylus. The Apple Pencil, as well as the S Pen, has tilt recognition enabled and works equally well.

This is not a big deal for those who use these styluses for writing purposes but if you are an artist, you should keep that in mind. The good news is many a number of apps have already enabled support for tilt sensitivity and many more are currently working on it.

Shortcut Buttons allow you to quickly switch between pen and eraser. Some apps also allow you to customize the button to the shortcut of your choice.

This is one of the most important features of the tablet. When we draw or write stuff with a stylus, a lot of calculations take place behind the scenes.

The tablet captures the location data and the stylus records the pressure and tilt levels. This data is sent to the processors and the processors orders the drawing application to display the lines drawn on the screen. This process repeats over and over again.

Faster response time results in a more natural drawing experience otherwise you will have your lines trailing a few mm behind you pen tip which is not ideal.

Both the new Samsung S Pen and the Apple Pencil comes with a very fast response rate of 9ms. This combined with the faster 120hz refresh rate on the iPad Pro and the Samsung Galaxy Tab S7, results in a buttery smooth drawing experience.

But if you decide to go with the previous year’s S Pen you will experience a slower response time.

If you observe the drawing tip of both the stylus you will see that the Apple pencil has a blunt tip. S Pen, on the other hand, has a pointed tip. Further, the S Pen comes with a hard tip and a soft-rubbery pen tip. With Apple Pencil, you get a single hard tip.

Due to the pointed tip, the strokes made by S Pen feels more accurate although both the stylus are equally good in terms of accuracy.

Both the stylus come to form very mature brands that have a lot of experience in making drawing and writing devices. The palm rejection has more to do with the tablet than the stylus itself.

Both Apple Ipad and Samsung Galaxy Tab come with good palm rejection and you will not face issues with either of them.

Parallax is when the strokes appear a few millimeters away from where the stylus tip is actually touching the surface. It mostly happens in cheap devices that use non-laminated screens.

Although parallax may not be a big deal-breaker, this issue can be found in cheaper old generation of iPads (iPad mini) as well as older models of Samsung tablets. Most of the newer tablets from the last two years come with laminated displays and do not face these issues.

Every single model of Samsung tablet which supports pen input comes with a free S Pen in the box. On the other hand, no model of iPad comes with a pre-included Apple Pencil.

Apple Pencil has to be purchased separately. You can click here to check its current price on Amazon.

Operating systems play a big role in choosing the right tablet. A few years back the gap between IOS and Android devices were huge.

As of now, things have come close and both operating systems are equally good in terms of overall user experience and choice of drawing/writing apps.

There are some of the IOS exclusive apps such as Procreate, which is one of the most popular drawing apps but only available for IOS devices.

But there are multiple drawing apps for android which are as good as their IOS counterpart. Further, more and more IOS exclusives apps are now appearing on the Android store.

If you are only concerned with writing and taking notes then both Android and IOS app stores have some really good note-taking apps.

Which is a better stylus for Drawing and taking notes 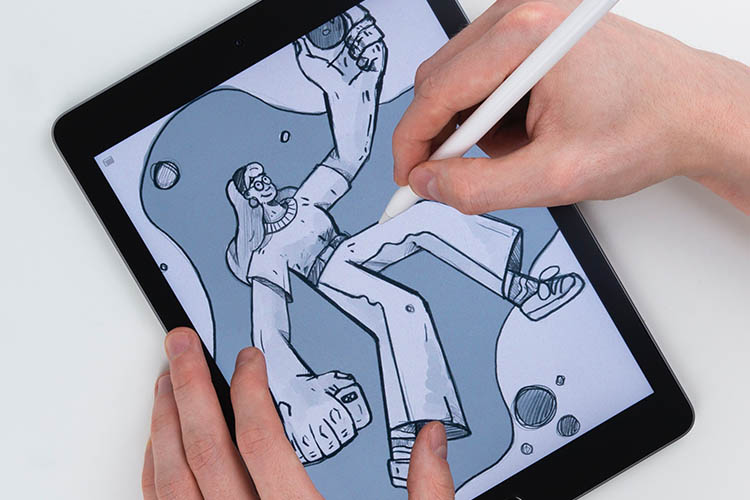 If you are an artist and looking for the right stylus to pick than Apple Pencil would be a better choice. That is exactly what we were recommending before, but after the arrival of the new S Pen and the Samsung Galaxy Tab S7+, Apple does not have the lead that they use to have before.

At present both the Apple Pencil and the new S pen are equally good in terms of speed, accuracy as well as stylus sensitivity and you will have a very similar drawing experience with both of them.

If you have to choose between the Apple Pencil and the new S Pen, we would recommend you to make your decision based on the operating system as both these styluses are vert similar with almost no difference in pen performance.

But if are picking between the older S Pen and the First gen. apple pencil, definitely go with the Apple Pencil.